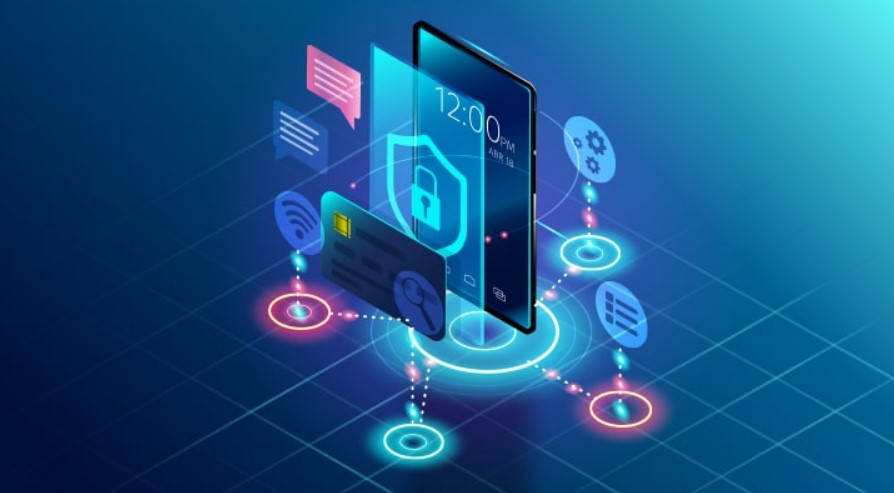 Below are some Modern mobile app development frameworks. These can be very helpful for both android and iOS users.

React Native, built and supported by Facebook, is an accessible, cross-platform application development framework that has quickly become the preferred option of programmers. React Native facilitates the development of Android and iOS mobile applications. The most exemplary instances of React Native apps are those from prominent businesses like Tesla, Airbnb, Skype, or Amazon Prime.

The major appeal of React Native is because it enables quicker development and implementation. Reusable elements, interaction with third-party extensions, plus component-based GUI creation for front-end apps are further important characteristics of React Native.

Components that can be reused

Flutter is an open and free framework from Google that allows you to create native Android and iOS applications with a simple codebase. It’s a ground-breaking SDK for cross-platform application development, which distinguishes it because it takes a novel way of creating native-like apps. It’s an unrivaled and dependable smartphone UI framework for swiftly developing attractive apps by accelerating development.

Flutter is a comprehensive and precise framework that contains widgets, a rendering engine, debugging and integrating APIs, and resources to assist developers in creating and deploying beautiful mobile applications. Flutter has been used by a number of well-known organizations, including Google and Abbey Road Studios.

Visuals that are both appealing and engaging.

Performance that is pretty similar to that of a native

Xamarin is an alternative cross-platform application development framework for developing applications for Android and iOS. Because they employ the C# programming language, the applications need fewer lines of code. As a result, the process of coding is quicker. Also, it allows us to rapidly transfer the scripts across other systems, such as Windows and macOS.

Microsoft has acquired Xamarin. Because developing an app is so much faster these days, you might assume that quicker development means sacrificing quality and construction. However, Xamarin-based apps deliver flawless native functionality about quality and efficiency. As a result, its connection with Microsoft Visual Studio is a plus in terms of app development management and productivity.

An intermediate layer in Xamarin controls the connection between the core system code and standard code. Utilizing tools, frameworks, and computer languages backed by an engaged community, programmers, may cultivate an environment with APIs, backends, components, and more.

Appearance and touch of a native app

Compatibility with a variety of devices

Swiftic is a do-it-yourself mobile app platform that seeks to make it easy for anybody to build unique applications for their company. It simplifies app development by allowing programmers to integrate current material from the internet rather than starting fresh.

It is amongst the highly supple mobile application development frameworks as it offers pretty smooth user experience, specialized banking, and straightforward strategies.

Push alerts, social media platform feeds, app advertising, and other technological advances are all incorporated within the framework. It is among the simplest mobile app development solutions since it allows you to design, launch, and expand your app all from a unified control panel.

Programs with a 30-day money-back assurance

Interaction and navigation are simple.

Strong integration with other parties

Ionic is an explicit framework for crafting Progressive Web Apps (PWAs), hybrid, and cross-platform mobile applications. Ionic is an accessible framework that uses Apache Cordova (PhoneGap) plus Angular to enable programmers to create Android and iOS applications that seamlessly operate together.

The framework aids developers in creating solid and feature-rich native apps. The most prominent feature of Ionic would be that it lets programmers employ various UI components in the application framework, including filtration, inputs, views, easy navigation, and actions sheets.

App development for many platforms.

The user interface is consistent.

The flexibility of the user

A single source of code

jQuery makes use of the HTML5-based foundation and the Theme Roller to provide highly configurable themes for online and mobile applications. jQuery Mobile is available in two varieties: a customized framework as well as a stable version.

It works well with PhoneGap and other mobile app development frameworks.

The size is limited.

PI compatibility is both comprehensive and straightforward.